In the cinema. To repeat what does not repeat 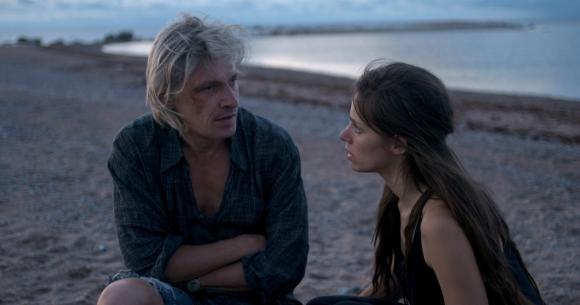 Having made two films about the time we live in – "The Lease" (2002) and "You Am I" (2006), Kristijonas Vildžiūnas has, sort of, capitulated together with his own characters who cannot fit in the present, and in the film "Back in Your Arms" (2010) retreated into the past – to Berlin of the early sixties. "Seneca's Day" – it's such a double-sided film, formed from the layers of the [National] Awakening period and today, but here, the past is definitely winning against the present time.

True, the time of this film is much more complicated, it is not just linear and sequential. And it's not so easy to distinguish when one or the other stretch of time begins, how long it lasts, when it ends. In addition, an allegorical dream intervenes into the narrative, and a fairy tale with computer graphics, and musical inserts, equivalent to stand-alone music videos. So, the "Seneca's Day", that is put in the title, is like the unit of measurement for this strange kind of time. Time, which may amount to a day that occurs only once in life, or a year that passes like one day, or maybe such a day, which is the whole life.

On the other hand, what the director attempts to restore is not even the time, but like the state of transformed consciousness, which, during the time of Awakening was prevailing rather than purely individual experience. Maybe that's why in the film, empirical experiences of the past are reconstructed very prudently, and they are far from being just an old-fashioned decor simply causing sentiments. Experience of the relationship with the world, accumulated in the things of the past, is clean, deep, and as if spontaneous, obtained without agonizing efforts. Although Vildžiūnas' characters are quoting Seneca, in the film, I would say, more pronounced is the aftertaste of Proust's novel philosophy, which is left by the small epiphanies of everyday life, visible on the screen – when the disco ball lights are shimmering, when a cigarette illuminates the girl's face, when the fist fight is going on in the background and protagonist Simonas is sitting stiff in a cafe, as if he happened to be behind a transparent wall. In the film, there is even a quite Proust-like cup, which was modelled by Simonas' secretly loved Vakarė, and from which the already grown-up protagonist drinks tea, trying to revive the lost time.

Proust-related is also the contraposition of the inner work to time-wasting for "secular" life, which arises in the film already in the present context. The present, in which, in contrast to the past, composed of unique moments, everything repeats itself – contentions, and entertainment. By the way, it's a paradox – after all, except alienation from music, outwardly nothing has changed too much in Simonas' life. There is a complicated relationship with perhaps loved, but whimsical woman; there are probably good, but frivolous friends; there is colourful, but not gratifying leisure. But after all, that previous life was not perfect as well – accompanied by unrequited love, broken friendship. Just that then, the heroes of the film expressed their sad experiences in verses, music; but now, from day to day, sadness accumulates in thicker and thicker layer of sediment. Simonas even tries expressly, almost ritually to replicate some of the past issues and thus inject some spirit into the present time, still unable to realize that not the time, but people themselves are lacking that spirit.

After this film, it is apparent particularly clearly that Vildžiūnas' film narrative reminds more of a deep mining hole rather than points arranged in a plane. Here lies the great interesting-ness of this kind of cinema, and its danger, because individual scenes of the "Seneca's Day" ripple and subside, do not pass one to another, do not develop into a large wave. And making a gentle ripple into the mesmerizing magnetism is also not always successful. By the way, it seems to me that because of that "verticality", for Vildžiūnas' films, advance advertising and trailers are somewhat bad, because they quite unnecessarily exploit the most beautiful parts or even reveal the intrigue. Because in his films, usually there are no special movements, unexpected turns, so after the screening you may be disappointed that in that trailer you have already seen all what is important.

In the "Seneca's Day" one can also detect the reflection of our cinema. Just with its title – and also with the plot about association of two boys and a girl – the film attracts the "Three Days" (1991) by Šarūnas Bartas. Bartas and Vildžiūnas are kindred by their love to "regional studies", their inner need to travel northward, which Bartas has made into the great theme of his cinema. It is no secret that you recall the "Three Days" also because of Ina Marija Bartaitė, who played Vakarė. Her face, her voice just magically brings back the atmosphere of that time and, of course, the form of her mother actress Yekaterina Golubeva. It is enough for Ina Marija just to be in the frame, and you can hold your breath and watch her together with Simonas. In today's life, she seems just unbelievable and impossible – it is not surprising that, unlike in Simonas' case, she does not appear in the film as an adult Vakarė, living in the present time.

"Seneca's Day" also reminded about the French director Olivier Assayas' film "Something in the Air" ("Après mai", 2012). This is also partly autobiographical work, which sensitively, but with wise distance tells the story about the special time after 1968, intoxication with music, books, travel, and at the same time – about the loss of the sense of communion and of ideals, which strikes sooner or later. Films by Assayas and Vildžiūnas, they both have elegiac, but light, calm attitude, they have characteristic ease of narrative, but in Vildžiūnas' case, these qualities often recoil as a weakness, when the story seems too apathetic, characters – lukewarm, and their conversations – lacking energy, appropriate to philosophising youth.

Baronas, character from the film "You Am I", quite easily rolled off on his original transport from the previous life to the refuge of nature. We see Simonas more than once also pedalling a non-standard vehicle, but he is faring much worse. In the "Seneca's Day" there is much more bitterness and less illusions. However, since it is somewhat autobiographical piece, eventually it seems that the ending is bright. After all, what Simonas did not do on screen, Kristijonas accomplished behind the screen – he played several previously unrecorded songs by his band Šiaurės Kryptis for the soundtrack, and, of course, created the "Seneca's Day", which, after all, looks like his strongest film.

Two more awards for the documentary "Dead Ears"
"The Green Musketeers" - the fight of Lithuania's most famous environmental movement for the preservation of nature, human freedom and independence of Lithuania