Cinema: The Old and the New Ambassador of Lithuania 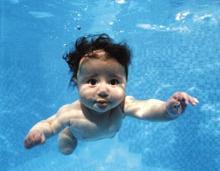 Today, when the perception of one’s own identity has become one of the basic and urgent issues not only in our country, but also all over the European Union, Lithuanian cinema takes on the role of an important ambassador which it has successfully performed during the fourteen years of our Independence.

To characterise briefly the moods of Lithuanian cinematographers during the two recent years it is possible, perhaps, to say that they are in search of the means and artistic methods to balance the interest in Lithuanian cinema both in the international scene and in their home country. This search for a balance is being performed both on and behind the screen, i.e. in more and more frequent as well as purposeful attempts to raise the interest of national spectators in their films because they have been distanced from their own cinema by diverse circumstances. The national cinema forum “Trispalvis kinas” (“Three Color Cinema”), the renewed magazine “Kinas” (“Cinema”),  launching of the <www.lfc.lt> as well as of the Lithuanian Film Promotion and Information Agency, the interest of cinema distributors in the production of video tapes of Lithuanian films and the huge success in the premieres of short films – all of this witnesses the revival of the renewed communication with the spectator. After having joined the European Union, the interest in our own identity has intensified: who are we? In what cinematic forms are we determined to try and tell something about ourselves to the members of the old and at the new European family?

It is not a secret that the high artistic quality feature films by the prominent Lithuanian film directors – Šarūnas Bartas and Kristijonas Vildžiūnas, the documentaries by Audrius Stonys, Valdas Navasaitis, Arūnas Matelis, Janina Lapinskaitė and Diana and Kornelijus Matuzevičiai are well known internationally and respected for their subtly personal relationships with the surrounding reality. The ability to combine the fictional and documentary nature of cinema into one organic whole is one of the most significant features of the whole independent Lithuanian cinema. The preserved tradition of the poetic tendency in Lithuanian documentary cinema has been given a new meaning and still remains the dominating value of our country’s cinema. This value has been supported by the interest of international festivals – almost all films by Šarūnas Bartas participate in the most famous festivals, Kristijonas Vildžiūnas debuted with his film “Nuomos sutartis” (“The Lease”), first shown in Venice International Film Festival, now counting more than thirty festivals in which it has participated; “Sekmadienis. Evangelija pagal liftininką Albertą” (“Sunday. The Gospel According to the Lift Operator Albertas”)  by Arūnas Matelis was demonstrated in the unofficial programme of the Cannes Festival; the International Festival in Amsterdam is expecting the premiere of the new film by Audrius Stonys, “Tas, kurio nėra” (“Countdown”). Audrius Stonys was awarded a Felix by the European Cinema Academy in 1992 for his film “Neregių žemė” (“Earth of the Blind”)...

Next to a personal, intimate film-conversation with a spectator, another tendency has been observed recently. Giedrė Beinoriūtė, Oksana Buraja, Ignas Miškinis – these are the names of the most remarkable young film directors whose films represent their changing relationships with reality. The reality in these authors’ films such as “Troleibusų miestas” (“Trolley-Bus City”), “Dienoraštis” (“The Diary”), “Lengvai ir saldžiai” (“Easily and Sweetly”)  is considerably more palpable, they are trying to indicate the problems they encounter, to define the personal self-conscience that witnesses not only his/her individuality, but also his/her belonging to one or another social or intellectual layer of the society. In other words, a person is considerably more related to the contemporary society and to the features characterising it in the young film directors’ works than in the films by the directors of the middle generation. The film directors’ search for contemporary themes and their discourses are especially remarkable in “Lengvas raganavimas” (“Light Witchcraft”) by Inesa Kurklietytė which focuses on the midwife Jurga Švedienė and her passion to help human beings to come into this world. The film director’s attempt to create a poetical and at the same time intriguing film has soon been noticed: the film was among the best attended on the national level, and it soon attracted the attention of foreign producers. For a long period – during the Soviet times and the first decade of Independence – considered as a masculine art, Lithuanian cinema can raise interest in the works by women film directors: Janina Lapinskaitė, Oksana Buraja and Giedrė Beinoriūtė.

It is a pleasure to note that Lithuanian cinematographers have realised the fact that film production in co-operation with other European countries is the only chance for the national cinema to survive and exist. They also understand the trap involuntarily set by this situation: how to stay truthful to oneself, to speak about the things important to oneself and to one’s own country, how to preserve the respect for traditions and not to surrender to new artistic standards, i.e. how to remain the masters of their own cinema in all meanings of these words. The attention of the state is not of the least importance to the creative self-protection; the financial support of cinema from the Lithuanian government still is, unfortunately, the lowest in Europe (a little more than one million euros). The first steps are being made to change the situation. Everyone understands that one or two films produced per year are a deplorable number; that documentaries (ten films a year) should be produced both on film and by using modern technologies. The same concerns animation, and the increased interest in it is often supported by the State inadequately. Active participation of the cinematographers in the European Media programme adds to the development of Lithuania cinema, which is financed by the Ministry of Culture and The Culture and Sports Fund… Cinema remains an experienced ambassador of its own country in the new space and changing reality.

Was the Vilnius Ghetto Theatre Unique?
Lithuanian Cinema in 1990-2004