In York, a film by Algirdas Tarvydas, a well-known documentary filmmaker, will tell about the beginnings of the creation of Europos Parkas 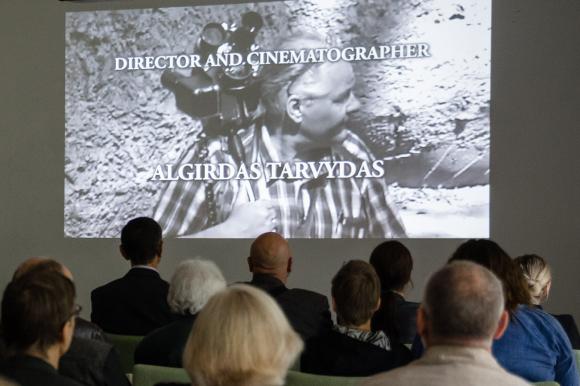 Documentary film by Algirdas Tarvydas about the creation of the European Park “Europos Parkas. The Beginning” is included in the official program of the UK’s Aesthetica Short Film Festival. This is one of the qualifying festivals to select films for the British Academy Film Award (BAFTA).

The documentary film “Europos Parkas. The Beginning” is exceptional in various aspects. The black-and-white film has captured unique shots that reveal the beginning of the creation of Europos Parkas (European Park), the progress, events, portraits of famous artists. In parallel, director Algirdas Tarvydas masterfully shows images and events of the reviving Lithuania: Proclamation of Independence, assault on the TV tower and the Press House building, funeral of the victims of January 13, and other moments of our nation’s self-determination. The film “Europos Parkas. The Beginning” by Algirdas Tarvydas covers more than a quarter-century period of history, it is like a chronicle of historical memory, the story of the evolution of Europos parkas, one of the symbols of identity of revived Lithuania. According to A. Tarvydas, “this film, which shows the efforts of the young artist Gintaras Karosas to create a European park from the neglected forest, is more than a documentary, it’s an epic of the creation of Lithuania”. This documentary film is dedicated to the centenary of the restoration of Lithuanian State in 2018.

Algirdas Tarvydas has made over twenty auteur documentary films (as the director, cinematographer and screenwriter) about essential for Lithuanian culture people, such as M. Gimbutienė, M. Martinaitis, S. Valiulis, L. Noreika, Z. Zinkevičius, N. Vėlius, and many others.

Italians recognized as the best: The “Wonderful Losers: A Different World” by Arūnas Matelis was triumphant at the Trieste Film Festival