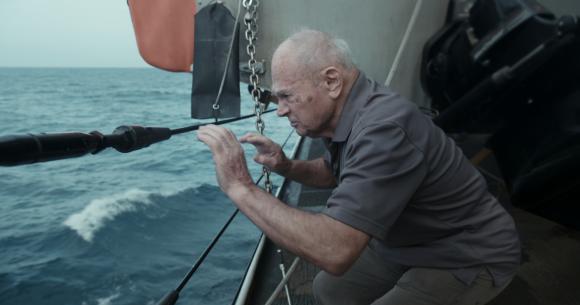 “The Jump”, directed by Giedrė Žickytė, successfully continues its tour through international film festivals around the world. Currently participating in the New York Documentary Film Festival DOC NYC, which is called the foreteller of the Oscars, “The Jump” is among the top ten audience favourites (out of 200 participants). According to Karen McMullen, programmer of the DOC NYC, the unique story of the hero of “The Jump” is very engaging.

“This film with a dynamic protagonist and compelling characters is mesmerizing. In addition to the historical line, The Jump also reflects the theme of human rights. There are also plenty of sensitive moments. For example, when the US captain and officials share the experiences and remorse they have had to live with since the story of Simas Kudirka’s jump,” says Karen McMullen, programmer of the DOC NYC, about “The Jump” by Žickytė.

Documentary film “The Jump” by Giedrė Žickytė tells the unique story of Lithuanian sailor Simas Kudirka. 23 November marks the 50th anniversary, when in 1970, after jumping from the Soviet ship to a U.S. Coast Guard boat, Lithuanian sailor asked for political asylum, but was soon returned to the hands of Soviet executioners. His brave leap into freedom during the Cold War caused enormous political turmoil in the United States and the Soviet Union.

“Americans particularly value the theme of human rights in the film, and the distinctive and charming protagonist. Asylum seekers are especially talked about in today’s news, so the film comes out at the right time and reminds us that this topic is still relevant in our country,” says Karen McMullen, DOC NYC programmer.

Over the month, “The Jump”, directed by Giedrė Žickytė, not only visited many festivals virtually, but also took part physically in three of them. At the International Class A Warsaw Film Festival, “The Jump” won the award for the Best Documentary Feature. The documentary, which tells a unique story, is already being shown on three continents – America, Europe and Australia. “The Jump” will end its festival tour in December in Moscow, where it was selected as the closing film for the Artdocfest Moscow Festival.

“The Jump”, directed by Giedrė Žickytė, is produced by the studio Moonmakers (Lithuania), co-produced with VFS Films (Latvia) and Faites un Voeu (France).

Premiere of the film “The Jump” in Lithuania will take place next year. The production and presentations of the film in Warsaw, Rome and New York were partly financed by the Lithuanian Film Centre. The production of the film was also partially funded by the EU program Creative Europe MEDIA, Latvian National Film Centre, National Centre for Cinema of France, LRT, France Televisions, WDR, MDR, YLE, SVT, Lithuanian Foundation in Chicago, Vilnius Municipality and others.

The film’s distributor in Lithuania is Pasaka Distribution.