Two Films by Lithuanian Directors, Seven Invisible Men by Šarūnas Bartas and Ten Minutes before the Flight of Icarus by Arūnas Matelis, will Participate in the International Cannes Film Festival 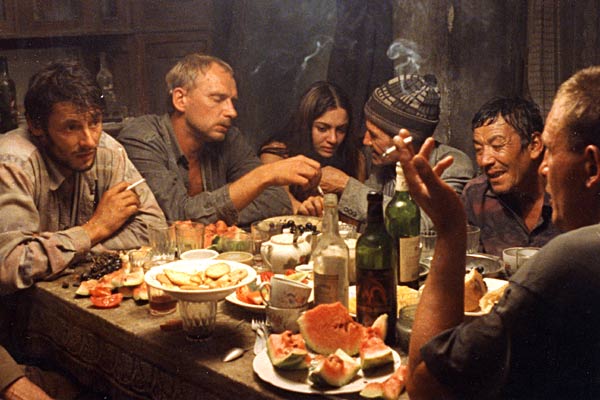 Even two Lithuanian films have been invited to participate in this year’s 58th Cannes Film Festival (11 – 22 May): the new and not yet shown elsewhere feature-length film by Šarūnas Bartas Seven Invisible Men and a documentary by Arūnas Matelis, Ten Minutes before the Flight of Icarus.

Šarūnas Bartas’s film Seven Invisible Men has been invited to participate in the 37th “Directors Fortnight” (“Quinzaine des Realisateurs”) programme. The programme includes 21 films from various countries of the world.

Seven Invisible Men is a co-production of Lithuania (Kinema Group), France (Gemini Films), Portugal (Mandragoa Filmes) and The Netherlands (Roaring Films). It was shot in Lithuania and the Crimea, Ukraine. Seven Invisible Men is the third film by Šarūnas Bartas selected for the Cannes Film Festival. The festival’s programme “A Certain Approach” (“Un certain regard”) featured a film by this director, Few of Us, in 1996, and The House, in 1997.

As studio Nominum has announced earlier, the prestigious cinematographic organisation, European Coordination of Film Festivals (ECFF) (uniting more than 200 film festivals), the members of which are also the organisers of the “International Critics’ Week” (“La semaine de la critique”) programme at the Cannes Film Festival (Association of French Film Critics) has compiled a programme this year, Europe in Shorts, consisting of eight short films (documentaries, animations, features) created in the “new” Europe (nations that were not part of the EU fifteen years ago) and which are considered as the most remarkable examples of new cinematic language. This prestigious programme also includes a film by Arūnas Matelis, Ten Minutes before the Flight of Icarus, which has been hailed by some critics as “the documentary film manifesto of the new generation” or even a film that has opened Užupis to the world.

This is the first time when two films from Lithuania participate at this festival.

The history of Lithuanian film screenings at the most globally famous festival starts in 1966 when The Last Day of Holidays (titled as The Girl and Echo) participated at the Cannes Young Film Festival and won the Grand Prix. In 1981, the film by Almantas Grikevičius, The Fact (titled as The Blood Group Zero, Le groupe sanguin zéro) was selected for the competition programme of the Cannes Film Festival, and the actress Elena Solovei won the jury’s prize for a supporting female role. In 1999, the “Directors Fortnight” featured the film by Valdas Navasaitis, The Courtyard, and in 2003, Sunday. The Gospel according to Liftman Albertas by Arūnas Matelis.