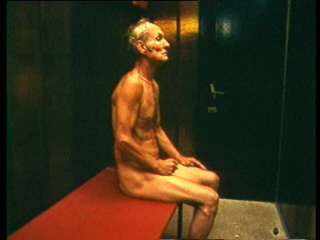 The Bell, Earth of the Blind and Harbour are the three films by Audrius Stonys to be screened today afternoon during the 13th Tertio Millennio Film Fest in Rome .

During the festival, an evening with the director Stonys who will talk about his work and documentary cinema will take place in cinema Sala Trevi. The director’s participation in the festival has been facilitated by the Italian Film Fund in collaboration with the Embassy of Lithuania in Rome .

In , a film directed by Stonys, Ūkų ūkai, was nominated and then awarded the Lorenzo de Medici Prize during the 2006 Florence documentary film festival, Festival dei Popoli.

A still from the film Harbour.

Comments
“Vortex”, a Film Directed by Gytis Lukšas, Won Two Main Prizes of the Competition Programme at the Baltic Festival in Tallinn