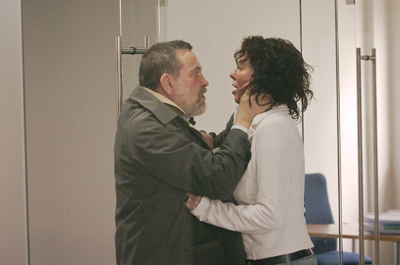 The EuroCine festival will present 27 films from 27 European Union Member States in five European capitals on May 9. European films will be screened in Brussels, Luxemburg, Rome, Madrid, Strasbourg, Lyons and Paris that day.

“This year’s take presents an ambitious selection of films that will be shown in five European capitals on 9 May. It is with great emotion that I introduce this year’s Festival of European Cinema "EuroCine" as it also celebrates the 60th anniversary of Robert Schuman’s Declaration announcing the creation of the European Coal and Steel Community, the first emanation of the today’s European Union.”

According to his humanist vision, Europe , "before becoming a military alliance or an economic entity, must be a cultural community in the highest sense of the term." It is this "cultural community" in its incredible diversity that we wish to celebrate with this festival whilst paying tribute to the memory of a tireless promoter of Europe ,” says Viviane Reding, the Vice-President of the European Commission responsible for justice, fundamental rights and citizenship, during the presentation of the festival.

Five Lithuanian feature films created during the last few years have been invited to participate in this festival: Low Lights by Ignas Miškinis (Artimos šviesos, 2009) will be screened in Brussels and Paris; You Am I by Kristijonas Vildžiūnas (Aš esi tu, 2006) in Luxemburg; Loss by Maris Martinson (Nereikalingi žmonės, 2007) in Madrid and Rome; Perpetuum mobile by Valdas Navasaitis (2008) in Strasbourg; Whispers of Sin (Nuodėmės užkalbėjimas) by Algimantas Puipa (2007) in Lyons.

The films screened during the EuroCine festival and screening locations can be found on the website:

Comments
“The River” (Upė), a Film by Julija and Rimantas Gruodis, Awarded the First Prize at the Festival Dokumenta Madrid 10

“You Am I” Directed by Kristijonas Vildžiūnas Was Screened During a Festival in Sheffield, United Kingdom