Atsisveikinimas (Laimingo žmogaus istorija) ‘Farewell (the ballad of a lucky man)’ was presented to audiences in Buenos Aires. 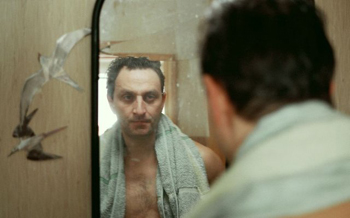 Va muestra de cine Europeo, a festival of European films, was arranged in Buenos Aires in May 30 – June 6, 2011 by working together with the embassies of EU countries in . There were 26 movies from various countries shown there, along with a full-length feature film from , Atsisveikinimas (Laimingo žmogaus istorija) ‘Farewell (the ballad of a lucky man)’, by Director Tomas Donela.

Farewell has already participated in competitions held in programs of the 59th International Film Festival Mannheim-Heidelberg and European Union Film Festival in Chicago.

This is a movie about a person’s coming to terms with himself, with persons close to him and with the wins and losses in life. The main personage of the movie is Audrius, a 35-year old assistant to a sea captain. Sensing oncoming death, he climbs out ashore for the last time to meet with the people he cares about and loves.

The screenplay has merited international recognition. It is the recipient of the Eureka Audiovisuel II award and the Nipkow stipend in Berlin . Furthermore it was selected by the Sundance (USA) Institute along with NHK, the Japanese broadcaster, as one of the six best European projects.